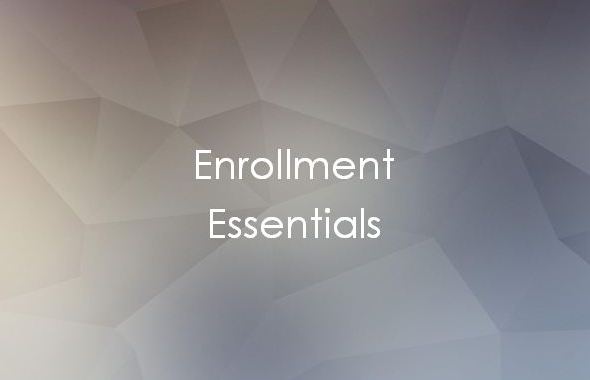 It was only until very recently that there were still a number of faith-based and private schools which still had AN open house, a Web PAGE on their affiliated church’s Web site, and a folder with a ton of paper-based information which was sent to parents of prospective students.  Why?  Because (here’s the phrase most dangerous to your school’s continued existence) “That’s the way we’ve always done it.”  Current processes were the same in 2019 as they were 20 years ago.

In October of 2019, I commented that the world was different in 1999,  Then, just a few months later in March 2020, things got REALLY different.  Then things continued to change for the 20-21 school year, and this year, pretty much everything is once again in a state of continuous flux.

But let’s go back a little over 25 years ago to 1994.  After teaching for a few years and then getting back into radio for a few more, it was my first full year of selling cars for a now non-existent company called Saturn. Back then, in the car business, there was no such thing as “follow-up.”  The usual way that everyone did business was to ask customers for referrals, but when someone walked into a showroom, the horror stories abounded – from keys to a customer’s current vehicle which were tossed on to the roof of the building, and the salesman returning to the customer to say, “We can’t find the keys to your car,” to one of the most famous lines in the car business – “What’s it going to take for you to drive this car home today?”

Saturn was different. There was no dealing, there was no haggling, and the customer was treated with respect. That’s why my wife and I purchased our first one in 1992. It was a refreshing way to do business. It was different. To use the language I use on SchoolAdvancement.com, it was “remarkable.”

But eventually, as the “early adopters” became customers, the sales process also required follow-up.  Consumers were comparing the vehicle to other small cars because other product lines began to take notice.  It was a disruptor in the market, and other nameplates were adjusting to it.  That means our processes also had to adjust.  Customers no longer purchased a vehicle on the basis of the way they were treated.  Our top sales person at the time impressed us all one day when he walked in to our daily morning meeting with this new innovation called a “laptop computer.:” It too was remarkable, with its flip-up screen and compact keyboard.  It was an amazing thing. He was going to put all his customers in a file, and get rid of his binders full of customer records.

Since I couldn’t afford one of those newfangled contraptions (hovering around the $3,000 price point at the time), I set about developing an index card system for following up with my customers.  The front of the card contained information about the customer, their visit and spaces for 5 “after visit” contacts and appropriately spaced dates, which were determined based on the date of their visit – so I could send them a little more information or call them to let them know about a special event we were having at the facility, or something they might not have thought of that pertained to their potential car, such as lower insurance rates, lower maintenance costs, or the 30-day moneyback guarantee. There were so many differences about the vehicle and the way we did business that it was easy to talk about them all a little at a time.

After they purchased a vehicle, the back of the card tracked their 3-day follow-up call, their first oil service reminder, their first tire rotation reminder, and then a call every year to remind them about their state inspection. I even created a quarterly newsletter – February to emphasize how our customers loved their cars, May because Spring was the time that many people purchased vehicles, August because the new model year started, and November to say “‘Thanks for being my customer.” All this was done on paper, with printing and postage, since the Internet hadn’t come into vogue yet.

To my surprise, our General Manager asked if he could see one of my cards, and I gave it to him. A Saturn corporate value, besides Respect for the Customer, was Continuous Improvement, and that extended to us sales consultants too. We went to a training every year, and the following year, the topic was “Follow Up – the Saturn Way.” I was surprised to find that my card system was replicated for every Saturn sales consultant across the country!

So what does all this have to do with enrollment at your school? Enrollment is sales. It’s really exhausting to talk with schools year after year that lament the fact that their enrollment is declining, yet further lament that the board won’t approve a new position to hire an enrollment director.  Families that have expressed an interest in the school NEED to be contacted continuously with reminders and follow-up simply because EVERYBODY is busy today!

And today, the Internet is the way to connect with families – especially with video.  During the pandemic, the “Open House,” became a virtual experience, and now parents are expecting that many important messages will be communicated via video than via text that they have to take time to read.

It’s now more important than ever for your school to have an interactive, responsive and engaging Web site to capture the attention of parents of prospective students since the Web site is the new face of your school. And you need to ditch the huge packet of paper information you send out and put it all on your Web site or through your enrollment management tool. Of course, you still communicate with families, giving them a little bit of information every week or two until they tell you to stop or until they apply for admission to your school. Today, with tools like MailChimp or Constant Contact, it’s not going to cost a lot of money – but you must have someone to coordinate the system and create compelling content about your school.

But “Sales?” Yes.  Enrollment is a sales process.  If you haven’t noticed by now, if you’re like most schools, parents aren’t necessarily flocking to your school anymore.  You need to find ways to generate enrollment for your school.  Its continued existence depends on it.

While those email programs I mentioned are great starting points, there are programs today that “automate” processes to make it even easier. In my work with FACTS, I encourage schools to automate the tuition capture process so they can focus on chasing new students rather than chasing delinquent tuition. It makes sense to a lot of people, but they seem to be either afraid of change, or, possibly, afraid of success!  They like doing things the way they’ve always done it – even if that leads to self-destruction.

The lesson from 2020 is “That’s the way we’ve always done it” is dead.  No classroom teacher has ever taught like they’re teaching now, and school closures may have been announced before school began for the day due to inclement weather or weather events – not because a student was diagnosed with a malady.

Today, you need to keep in touch with ALL your parents…your current ones and your prospective ones.

The 2020-2021 school year was different from every other year that came before it because parents treasured their ability to send them there 5 days a week and could no longer do so.  Enrollments in faith-based schools dropped, since both faith-based and public schools were learning at home.  However, some public schools didn’t have a Chrome from Home program in place, and parents may not have had technology at home to allow their children to continue the learning process.  For this reason, private and faith-based schools that did have such programs decided to capitalize on the opportunity, and found themselves with new students and growing enrollments.

It was predicted that these students would return to the public school once things returned to a “new normal,” but that hasn’t been the case in some areas.  Those parents that left faith-based and private schools didn’t come back; and the people that came have stayed – and have brought their friends with them.  Parents relish the fact that the school is committed to in-person instruction, but, if they need to, have the capacity to provide distance learning opportunities – and some public school districts are trying to solve continued revenue shortfalls due to a shrinking tax base rather than improving the learning experience of their students.

There are still other faith-based and private schools, however, that saw a drop in enrollment during the pandemic, and CONTINUE to see a drop in enrollment because parents are now out of work and can’t afford to pay anything for tuition.  That’s where the focus needs to shift from enrollment to development.  Let me be clear – BOTH elements are essential to the system, as are the other three elements of advancement.  So simply “hope” that one or more of the five elements will get better without attending to them is purely folly at this point in history.

Bottom line:  parents need to be communicated with, and often.  Keeping parents happy will bring them back next year – but there’s a limit as well, since policies need to be followed.  As for parents of prospective students, be consistent in your process.  Contact those people that toured your school in the past.  Send them something or call them every other week with NEW information about your school. If you have prepared documentation, you can create a “drip” campaign that sends something to your families automatically via email so that you can call them with invitations to special virtual events, rather than just calling to see “if they made a decision yet.”

Speaking of enrollment, SchoolAdvancement’s Enrollment Estimators will be updated by the end of the month so you can plan for your school’s enrollment for the 23-24 school year.  It’s still free, so there’s no reason not to try it…unless you’re “scared.”

Why scared?  Not because it’s October and Halloween is just around the corner, but your school needs to be not just a great school before it is marketed as such, it must be an excellent school!  If parents are going to pay four or five figures for just one of their children to attend your school, make no mistake – they expect excellence – and that may take a lot of work.  Even though your school may already be a great school, remember that great marketing WILL NOT lead to increased enrollment.  Great marketing will lead to more inquiries about your school, and getting those families into your school is where the marketing process stops and the enrollment (sales) process begins.

The BASIQS framework (accessible from the navigation on this site) will give you some tools you’ll need to plan for your enrollment for next year NOW, and provide a suggested timeline and content for follow-up with your families.  And today, you must follow-up since there are many other educational environments, as well as other commitments and interests, that can distract today’s parents, and make your school go from “top of mind” to “slipped their mind” in a relatively short period of time.  How short?

In 2018, according to a study by Microsoft, it was discovered that the average person now has an attention span of 8 eight seconds (Thank you, “Bright Shiny Object” syndrome).   The article goes on to say this is a decrease from a span on 12 seconds in the year 2000.  In 2022, we’re getting closer to the 3-second attention span of a goldfish.

Now you know why, in the words of the writer Samuel Johnson, “People need to be reminded more than they need to be instructed.”