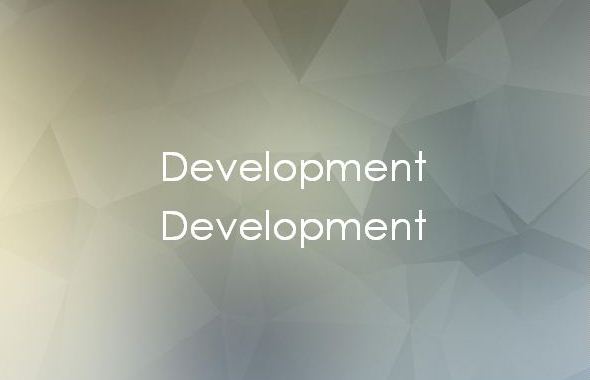 As we move forward, we continue to witness unprecedented change in our world.  Five years ago, the people of Great Britain voted to leave the EU (just as the US voted to leave England 240+ years ago), Americans voted in a presidential election which continues to polarize our nation, and there’s still violence in the Middle East and Africa, tensions in Iran and North Korea, and the clergy sex abuse scandal still makes headlines.  Four years ago, a new tax structure was put in place, immigration policies separated families, and more places began discussing the legalization of marijuana while our nation’s opioid epidemic continued to impact families and friendship in more and more frightening ways.  Three years ago, we had 90 degree weather in Alaska, and major earthquakes in California.  Two years ago, we were able to gather with family and friends for summer picnics.  Last year, we couldn’t.

And change will only continue to happen.

As for businesses, in “Rise of the DEO: Leadership by Design” (Pearson, 2013), authors Maria Giudice and Christopher Ireland say we have entered an era where the traditional role of the CEO is being displaced, giving way to a completely new type of leadership which embraces change, focuses on systems thinking and leads by design and example.  An interesting perspective comes from their analysis of the companies which make up the Standard and Poors 500 (a ranking of the top 500 Dow Jones stocks which comprise about 75 percent of the nation’s corporate wealth in publicly traded companies).  In 1937, the average “life expectancy” of an S&P 500 company (that is, how long it would remain as an S&P 500 company) was 75 years.  Today, the average life expectancy of an S&P 500 company is only 15 years.  It’s also been said that the most sought after individual talent in business today and for the near future will be those adept at managing change.

And many of the people I speak with today HATE change.

Many faith-based school leaders point to the trends of changing demographics and difficult economies as reasons why schools are merging and closing.  Frankly, I believe those are the easy scapegoats.  Mindsets are the real reasons.  I’m going to out on a very long limb here and talk about the elephant in the room.  Could the decline in enrollment in faith-based schools be the result of the ever-increasing lack of morality in our nation?  Of course, if the lack of morality in our nation is then a cause for the decline in enrollment in faith-based schools, a systemic vortex has been created, just like higher tuitions cause parents to leave, and parents leaving cause higher tuitions.

The subtitle of SchoolAdvancement.com is “Systems Thinking to Assist Schools Form a Firm Financial Foundation.”  Systems thinking is essential today since nothing happens in a vacuum.  In fact, it has been said that nature abhors a vacuum, and will find something with which to fill it.  Since nature is composed of many systems (such as atmosphere, biosphere, hydrosphere, and lithosphere), it makes sense that any type of change in a system will have an effect on another system, and a change to any element of a system will have an effect on the whole system.

That’s a very convoluted way of saying that a change will lead to another change.

On the other hand, development is more long-term, diversified, sustainable income, where one really doesn’t “sell” anything – except, perhaps, the entire organization as a whole, highlighting and celebrating the great things the organization does, and engaging more people with the mission and vision of the organization. The key to real development is “the ask,” which involves research and timing.  While anyone can buy a bag of chocolate-covered pretzels or a raffle ticket, you really can’t just ask anyone to give money to your organization, let alone give substantial amounts of money. Those being asked must have a special relationship with an organization – a person who’s been a part of it by benefitting from it or has had a relative who has benefitted from it, a volunteer who has helped to make the organization’s vision a reality, or someone who has a special affinity for the organization because of its purpose.  Schools close because there are not enough people “committed” to it…and not just “involved” or “engaged” with it.  And today, “commitment” is one of those things that is disappearing.  Marriage has a 50% success rate, and second marriages have a lower success rate.  Interestingly, events are also feeling this shift.  The RSVP deadline used to be a sacred deadline.  Now, people invited to an event decide if they’re going to go only if nothing better comes along, or, if they don’t commit to attending, they’ll just show up and rationalize why they should be admitted.  It brings to mind the parable of the bridesmaids who didn’t bring enough oil for their lamps.  When the bridegroom arrived, those that had prepared their lamps went in to the wedding and the doors were locked.  When the foolish bridesmaids showed up, the bridegroom answered the door by saying, “I don’t know you.”

Not only current parents, but, more importantly, your school’s “ABC’s” – alumni, businesses, and community members – must be shepherded to become interested, participate, get involved, become engaged, and become committed to your school as donors.  For you math majors, A+B+C=D.

The letters in the word “CHANGE” can stand for six aspects of development (there are 10 in all), since development is a change from fundraising. Communication, Happenings, Appeals, Networking, Grants and Gifts, and Enrich/Educate/Energize are activities that take place within a development structure. In these 6, the message is one of invitation – for individuals to become more involved with the organization so that they can become engaged with it, to the point that they feel they contribute to the success of the organization through their gifts. It’s all about developing new relationships and intensifying and advancing that relationship, moving people from “interested” to “participating” to “involved” to “engaged” to “committed.” Some folks in this field call it “cultivation,” giving the image of a farmer growing fruit to be harvested by the gathers in the field. Others look at it as “deepening engagement,” but stop short of being “committed,” since commitments can change, or other commitments can put current commitments to your organization on the donor’s back burner. Still others look at it as “investment,” comparing philanthropic giving to what one would do for a for-profit entity, where the return on investment (ROI) is the satisfaction of contributing to a cause that’s making a difference in the world.

Personally, I feel all three of these descriptions are lacking. I like to point out the deepening relationship continuum since most organizations leave the “emotional” aspect out of Development, and portrays “advancement” as an easily understandable linear progression. However, Development is more than deepening emotions of a relationship. It’s more than a great case statement that explains why your organization is worthy of support. It’s even more than someone making a physical contribution to your cause, offering their time, talent and treasure in a spirit of philanthropy or stewarding their gifts because it’s what their faith calls them to do.

How is it more?  It’s ALL those things, working together, as a system.  And the complete system is greater than the sum of its parts.

Philanthropy or stewardship is usually seen as the goal of any development effort, since most organizational administration is concerned about the fruit that shows up on the bottom line of the balance sheet.  There are two other necessary elements:  first, a compelling case that cognitively, both initially and continually, engages the individual, and second, an awareness of the need to continue to deepen the affective (that is, emotional) commitment with positive physical experiences.  Since Development forms the base of the “pentelemental” (something with 5 elements) system of Advancement, without these other two systemic elements, a base simply based on philanthropy or stewardship is not a firm one.

What’s also interesting to note is that the two additional elements mentioned above are not simply one-dimensional. The rational case statement must not only be logical, but be emotionally compelling as well.  Relationship deepening is not simply emotional, but involves positive physical experiences to advance the relationship. It could be said that the act of philanthropy or stewardship and giving of one’s time talent and treasure has a cognitive component, because the donor knows they’ve done “what they’re supposed to do.”

If you’re thinking that the rational one has an emotional connection, and the emotional one has a physical one, you may be wondering if there’s a physical one that has a rational connection to complete the loop.  Indeed there is – it’s the action of giving that’s initially mentioned.  Giving of one’s time, talent and treasure because one thinks they should is what philanthropy and stewardship is all about.

But how does that singular act turn into a mindset which encourages continuous support for your organization?

Perhaps it’s because that philanthropy and stewardship are seen as two different things. Philanthropy is usually viewed as humanitarian in nature, giving back to people, communities and causes because it’s the right thing to do.  Stewardship, on the other hand, is rooted in faith, in that we are to be stewards of the gifts which God has given to us. They are not simply gifts for us to use for personal benefit, but to share with others. While each of those statements require a physical response, the emotional element doesn’t come into play…until the cognitive awareness is followed by the physical action (taking that first step) and then affirmed in a way that is recognized as positive by the individual. That sets “the wheel” in motion, allowing the systemic elements interact with one another.

Clay Myers-Bowman’s blog has a post titled, “The Happy Philanthropist” (http://myersbowman.wordpress.com/2012/02/01/the-happy-philanthropist/). Guess who it says are the happiest people in the world?  Philanthropists.  Perhaps it’s also why it’s said that “God loves a cheerful giver.”

With all the sadness, depression and now anxiety in the news today, maybe we shouldn’t be Development Directors or Vice-Presidents of Institutional Advancement. Just as “Customer Service” today is being re-branded as “Customer Success,” maybe we should be Ministers of Happiness or Administrators of Joy.

I continue to think of Development differently, since Development is constantly changing. A number of years ago, CHANGE changed to ANGEL (Appeals, Networking, Gifts and Grants, Events, and List Management) with an emergent property of Development, and spelling it all out into a GAMEPLAN – Grantwriting, Appeals, Major Gifts, Events, Planned Giving, List Management, Associations, and Networking.  That’s now also changed, resulting in a 9-letter acronym, ARCHANGEL.  It stands for Appeals, Rest (you NEED it if you’re a development/advancement professional), Communication, Happenings, Associations, Networking, Gifts and Grants, Energize/Enrich/Educate, and List Management.  Systems Thinking is key to seeing how they all fit together, since one is not more important than the other.  They’re ALL important because they work together as a system.

However you choose to think about it, remember that CHANGE is Constantly Having A New Growth Event, since change is constant, the only constant in this world is change, and to change is to grow…and if your school isn’t growing, it’s dying.

Over the years, individuals have challenged me on that comment, saying that their school is “stable,” and that’s a good thing.  While it is indeed “good,” do you consider your school to be a “good” school…or is it an “excellent” school?  If parents are paying 4 or 5 figures to enroll their children there, “good” is unacceptable, and excellence is the expectation.  Further, “stable” can also mean “stagnant.”  One only needs to look at the Dead Sea to see what kind of life comes from stagnation.

Next month: Why Development is like the stock market.