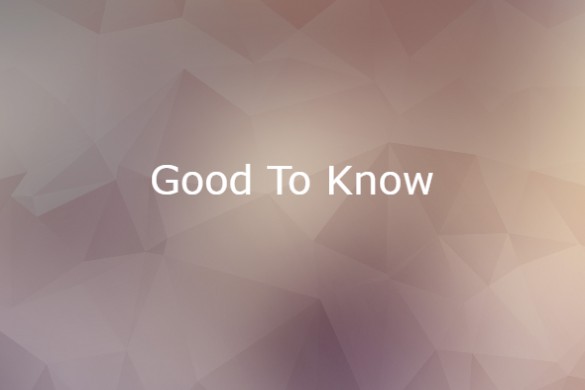 Since March 2020, we’ve all felt like we’ve been living in a state of constant change.  One business leader called it “perpetual beta,” and an administrator in our local healthcare system said it’s been akin to building the airplane while we’re flying it.  Others, like our pastor, can’t wait until we can all get back to “normal.”

Sorry.  “Normal” no longer exists.  Through the pandemic, finding a vaccine in a little over a year (which is nothing short of a miracle), dealing with a divisive national election and the continuing aftermath of the polarizing effect it’s had on our nation, the great resignation, “work from home” morphing into “work from anywhere,” supply chain issues and the shortages caused by them and a lack of workers, the rising cost of housing, Russia’s invasion of Ukraine, and inflation that’s will need to be controlled by increasing interest rates which could bring about an economic recession, soaring gasoline prices, and to top it off, the continuing debate over gun ownership, school shootings, and a Supreme Court ruling that has been the law of the land now having the possibility of reverting back to the States almost 50 years later, change is the antithesis of normal.

So what do we do?  We try to hold on – to what feels normal.  To what is routine.  To what we’ve always done.  And that’s not going to help solve problems.

Why?  Because we can’t solve problems with the same kind of thinking we used when we created them.

Yes, we create the problems – and therefore, we need to change what we’re doing to fix them.

I became aware of the need for “adjustment” when dealing with one’s audience at a recent eye doctor appointment I took my 88 year-old father to.  He was under the impression that he was going to have cataract surgery, and needed someone to take him because he would not be able to drive home.  When I called the doctor’s office to make sure this was a surgery, they said it wasn’t, and that it was a referral for an evaluation as to whether a laser procedure would be recommended over a full-blown cataract operation.

When dad was sitting in the examination chair with a mask on, the attending medical assistant came in the room, said, “Hello” without offering her name, put a chart down on the desk in the room, and, while looking down at the chart, asked my dad for his name.  He did not respond.  Why?  Everyone had masks on, so first, he could not hear her well because her voice was muffled, and two, the medical assistant was not looking at him, and therefore her “talking to the chart” didn’t merit a response from him.

Since I was in the room, I spoke up, saying, “Excuse me, but if you’d like him to answer, please look at him rather than your chart, and speak a little louder.”  After all, she wasn’t talking to a 4o, 50 or even 60 year old patient.  No doubt this was her typical modus operandi.  Possibly even more disturbing was the fact that she didn’t introduce herself by name when she walked into the room.   Apparently LOTS of medical personnel would do well to learn that one of the first ways to build relationship is to introduce yourself by name if they’ve never seen you before.

I found myself making the same kind of connection to my experience of working with schools in 20 cities over the past two decades.  Whenever I’d enter a hotel and approach the front desk, the most popular words from the front desk person’s mouth dealt with “help.”  Most notably, “Can I help you?” or “I can help whoever’s next.”

Like that’s going to make me feel welcome.  Sometimes, the person says, “Welcome to the (insert hotel name),” but it can then be followed by, “Checking in?”  At times, I really want to say, “Not really.  I just felt like dragging some suitcases into this building when all I really want to do is use the restroom.”  The BEST words of welcome could be, “Hello, and welcome to the (insert hotel name)!  I’m (insert the person’s name), and I’ll be helping you with your check in process.  And your name is….”

For many people, that’s an adjustment from what seems “natural.”  “Natural is great when you’re in your own surroundings – your home, your neighborhood, or the homes of family and friends.”  When you’re working in a professional capacity, one needs to be “appropriately professional.”  And that means treating your customers not only in the way that they want to be treated (which has been called “The platinum rule” as coined by Michael O’Connor and Tony Alessandra in 1996 in their book, “The Platinum Rule,”), but it needs to be taken to the next level day.  The Diamond Rule was established in 2013 in an article by Brad Larsen: “Treat others the way they don’t even know they want to be treated.”  To boil it down … anticipate, anticipate, anticipate. Don’t just meet expectations, EXCEED them. (Source: https://www.standard.net/news/business/2013/oct/11/ground-your-leadership-and-service-in-three-universal-rules, accessed 6.1.22).  I expect this was called the Diamond rule because it’s hard, but will produce magnificent results that simply shine!

Then there’s The Titanium Rule, which was published in “The Art of Connecting” by Claire Raines and Lara Ewing.  It states, “Do unto others according to their druthers.”  A nice rhyme scheme for sure, where “druthers” means “as they would like you to do.”

So today, almost ten years after these rules were published, let’s combine them into something very strong, very valuable, and very difficult:  “Treat others in a way that is appropriate to them to exceed their expectations.”  Since it’s harder than titanium, we could call it “The Carbon Steel Rule,” but Moissanite is brighter than a diamond, but not as hard, so perhaps we should call it “The Moissanite Rule.”  While it’s only one word, most people would wonder what moissanite is.

Whatever it’s called, let’s apply this rule to your school.  You may be comfortable with doing things in a particular way, and may have been doing those tasks or interactions for a number of years.  If that’s the case, know that in this time of change, doing the things you’ve always done isn’t going to cut it anymore, and the reason is based in the study of Physics.  The Law of Diminishing Returns states the more effort that’s put into a process will result in lower output over time.

Providing accommodation to your audience of your market in the manner in which they expect to be treated shows respect, kindness, and a genuine interest in them.  If you continue to treat your audience the way you did 5, 10, 20 or even 25 years ago, you may be wondering why things aren’t working as well as they did before.  It could be the fact that your audience (your current parent community, parents of prospective students, or even business leaders in the community) aren’t of the same generation as they were at those different time points in the past.  Today’s parents are Millennials.  Ten years ago, they were member of Generation X (the “me” generation), and, a couple of decades before that, they were Baby Boomers.  The members of different generations have different traits, and therefore, need to be treated differently.  That’s something we’ve missed when we ascribe to the “That’s the way we’ve always done it” philosophy.   Perhaps it’s the “normal” way of doing things for you – and that’s why it will no longer be effective.