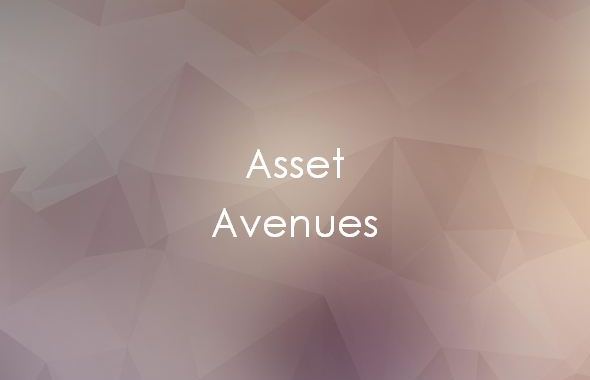 Market Bases?  Tuition’s Cost?  What do those phrases mean?

We use lots of phrases in school leadership today which we think mean the same thing, but they actually have different meanings.  Or, there are phrases that we use consistently, but are perceived differently by parents and other constituent groups, simply because people are different, and interpret everything through the lens afforded to them by their personal experiences.

With that in mind, “Tuition Cost” is not the “Cost of Education.”  The “Cost of Education” is calculated by looking at the total expense line associated with the operation of the school and dividing it by the number of students enrolled in the school.  For many schools, that’s a very sobering number, and why, I contend, many faith-based schools today are examples of the fact that miracles still occur.  Why?  Simply because, in many cases, the cost of education is higher than the full amount of announced tuition.

In any other business, if the cost of production was higher than the product’s retail cost, anyone, not just economists or expert analysts, could see that a business would run through its reserves, incur debt, and then go out of business.  Isn’t it interesting that many faith-based schools are doing precisely that today!

While it’s argued that schools are “non-profit” organizations, “non-profit” does not mean “negative revenue.”

Further, there are some schools that still equate “Cost-Based Tuition” with making the cost of education the tuition charged to the parent.  In reality, that’s not what “Cost-Based Tuition” is.  In a “Cost-Based Tuition” model, the “Announced Tuition,” or the “Tuition Cost,” is “based” on the cost of education.  It’s congruent with Jim Collins’ 4th Chapter in his landmark text,”Good To Great:” “Confront the Brutal Facts (but Never Lose Hope).”  Unfortunately, what many school leaders do is base their expenses for the following year on what they feel current parents will accept as a tuition increase, then create the expense budget from a projected revenue standpoint.  Then, when revenue doesn’t meet expectations, bad things can happen.

In specific terms, if the cost of education at an elementary school is $5,000 per student, and there are 200 students in the school, that’s would be equivalent to an expense budget of $1,000,000.  But perhaps the expenses only total $750,000.  That means that the school can provide $250,000 in financial aid to families that have financial need, but some families who can afford to pay $5,000 per child will be expected to do so.  The first thought for many school leaders is, “We’ll price ourselves out of existence if we say our tuition is $5,000.”

Then 10 kids don’t show up on the first day of school, and the whole plan is shot.

Looking for a better way of budgeting?

Using the mindset of the “Danger of the first digit,” let’s say that parents may not want to a “5” as the first digit of their tuition.  Since this is an exercise in possibility, let’s say that the “4” as the first digit also frightens many.  So, let’s make it a “3,” and make it $3995.”  It’s what real estate professionals use to attract a new audience of home buyers.  A seller may want $140,000 for their home, but pricing it at $139,900 attracts many more potential buyers.

The real question now becomes, “Can our market – that is, the parents in our school – afford to pay $3,995 per student; or, do they need significantly more financial aid so that the amount they’re paying is actually less than that?

That brings to bear another question:  “How do you know what parents can pay?”  This is where it behooves you to have a third-party financial need assessment provider.

An increasing trend is for schools to charge a “Development Fee” which must either be paid by the family, or they can fundraise it.  What most parents expect is that money they raise will go to offset their tuition; however, if money earned inures to (that means directly benefits) the parent, it could be considered to be taxable income.  For argument sake, let’s say your development fee is $200 per child, and it does not offset the parent tuition since that’s the job of financial aid.  You’re generating those dollars ($38,000) to be able to provide financial aid to your families.  Since you’re looking at generating $200,000 in financial aid, that’s leaves you with $162,000 to raise.  That could come from a variety of sources: supporting churches or parishes, businesses, foundations, gifts from alumni and other donors who are engaged with your school.

Remember through all of this that you’re only looking to generate a total of $750,000 from 190 students.  That’s the $3995 number.  It’s only by adding the additional $1,005 per child that’s going toward budgeted financial aid that’s creating the $5,000 cost per student figure.  In reality, if you do raise that amount through development fees and development activity, then the average revenue per student that needs to be collected is $2,990 ($3,995 – $1,005).

It also helps to know how to talk about that $3,995 in terms that today’s parents can relate to.  With 990 hours in a school year, that comes out to about $4.04 per hour.  Today’s parents pay more for babysitting.

Tuition is $3995 per child.  No 2nd or 3rd child incentives.  Why?  Using a financial need assessment provider automatically takes into consideration multiple children.  Higher amounts of aid are awarded if there are more children in the school.  Of course, you could always investigate using SchoolAdvancement’s “Incentivized Tuition” strategies to accelerate income to the school and give parents a break in tuition as the school year moves forward.  Drop an email to schooladvancement@gmail.com with the words “Incentivized Tuition” in the subject line if you’d like more informatoin.

Any utilization of scrip and other revenue-producing functions can be used to reduce expenses of the school, and not individually benefit families.  The school is a community, and everyone working together can help to reduce everyone’s tuition.

If families can afford to pay more than the announced tuition, they can make a charitable (tax-deductible) contribution to the school, and should be encouraged to do so.  The education component involved is that $3,995 is a “marketable tuition” based on the school’s cost of education.  The cost of education in this model is $950,000 divided by 190 students, which equals $5,000.  If 19 families contributed the extra $1,005 (not as a development fee, but as a contribution) per child, that would generate an extra almost $19,095 in revenue.  However, if they would like to contribute more, they are certainly welcome to.

Speaking of revenue, revenue is considered income.  Many schools have asked about those parents who disenroll their children who still have a balance due to the school.  Utilizing a school-controlled provider that offers tuition management, payment processing and billing solutions is necessary today, not to simply offer customized payment plans to families, but to, perhaps more importantly, mitigate the risk associated with accepting payments at the school.  It’s also a great first step to streamline the payment process and improve your school’s revenue cycle, providing better cash flow to your school.  Even if a family leaves a school, a payment plan can be arranged through the payment plan provider, which is a more positive alternative than turning the account over to collections which can ruin a family’s credit rating.

Additional enrollment efforts, especially positive word of mouth marketing, resulting in additional students and additional development revenue from an annual appeal, planned giving and major gift solicitations serve to provide reserves for the school to be used in next year’s budgeting process.  They can be revenue sources to help the school to build an endowment.  An endowment shows that there is a vision for the school’s future, since, “Where there is no vision, the people perish” (Proverbs 29:18).

Unfortunately, while the figures might sound possible to implement and achieve, the question is asked, “How do we get these development dollars?”  There needs to be someone who “owns” that process in place.  It’s the job of the Advancement or Development Director.  And this is where the “Market Bases” idea starts to come to the forefront.

When a school leader is asked, “What is your school’s target market,” many will respond, “Females (young mothers) age 25-39.”  From a marketing standpoint, that is the correct demographic.  Now the question that must be asked is “Who is your school’s primary target market?  Families who can pay what you’re asking them to pay, or families who cannot pay what you’re asking them to pay?”  Most schools will say, “Both.”

And that’s really where the problems begin.  More information about this subject is on the horizon, as well as some REALLY big and exciting shifts for SchoolAdvancement.com!