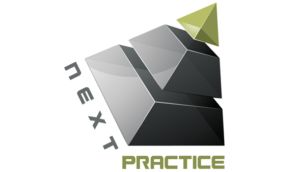 If you Google “It will get worse before it gets better,” you’ll find that there are many entries on the Web that confirm the truth of this axiom. But the story that makes this phrase hit home to me is about a friend who fell and landed so hard that a bone was broken, but my friend thought it was just a bad sprain and didn’t seek medical treatment right away. After a couple of weeks, however, my friend went to the hospital’s emergency room where it was determined that the bone had already started to heal, and for it to heal correctly, it needed to be rebroken and reset. The pain of the “rebreak” was felt more intensely, perhaps because it was anticipated, rather than an accidental incident.

When a business changes a vendor or a school changes a process, many times, the experience is similar. Perhaps things have become so bad because the “that’s the way we’ve always done it” mindset and the resultant law of diminishing returns is finally taking its toll, and the organization tries something new. Then, the expectation is that things will get better right away, because, well, that’s just how it’s supposed to be.

Unfortunately, there are always some growing pains, and because “to change is to grow,” there will be some “changing pains” just as there are “growing pains.”

Marketing guru Seth Godin published a book several years ago titled “The Dip.” In it, he describes a success curve that starts growing, then declines, but then rapidly accelerates. While the point of the book is that there may be a bit of a “dip” after things are in place, it’s also important to note that the curve doesn’t start at the top of the success scale. The decision to change leads to the process of transition.

Michael Fullan is an educator, educational consultant, and author of 29 books who has transformed educational systems in Canada, and, in 2013, met with California Governor Jerry Brown to discuss the possibility of initiating educational reforms in California. In his book, “The Six Secrets of Change: What the Best Leaders Do to Help Their Organizations Survive and Thrive,” published in 2008, Fullan says, “Nothing is more important in the twenty-first century than learning to manage change.”

And as a person involved in education, you’re all about change!  If a child walks into a classroom, learns something, and then leaves, that student has changed.  If the student learns nothing, is not open to anything, and learning has not occurred, then change has not happened.  As an educator, you are an agent of change.  If you’re not embracing and employing new technologies and techniques to ensure every student learns, then stagnation occurs.  And in education, stagnation is not acceptable.