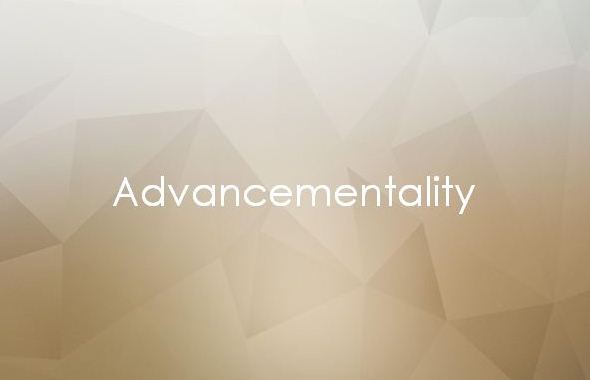 This week’s article rounds out another group of five of the ARMED elements (Asset Management, Retention, Marketing, Enrollment and Development). I’ve decided to touch on this aspect of branding because many Dioceses and Archdioceses across the country are merging Catholic schools, and a number of Christian schools have begun to work together under a single management structure, creating a system of schools.  How appropriate for a Web site on systems thinking to highlight this movement!

With this in mind, let’s take a look at what happened in the auto industry in our country after the fall of the stock market in 2008.

On June 1, 2009, General Motors filed for bankruptcy protection. In their restructuring, GM’s six brand lines and two major subsidiaries were reduced to four nameplates – Chevrolet, Cadillac, Buick and GMC.  Chevrolet would be the value leader, Cadillac would remain the luxury vehicle, and Buick for those who want more than the family friendly economical cars offered by Chevrolet, but aren’t ready to step up into the luxury car line associated with the Cadillac brand.  Buick rebranded itself into “The New Buick,” claiming the niche that Pontiac and Oldsmobile held, rather than offering just a little more luxury than the other model lines, but not the prestige of a Cadillac.  But back to 2008.

Saturn, Hummer, Pontiac and Saab were jettisoned just as Oldsmobile was dropped a number of years prior. As a former employee for a retailer of one of these automobile lines, I would have thought they would have kept Chevrolet, Cadillac, Saturn and Hummer. Combine Chevrolet’s and Pontiac’s models into Chevy, as they did.  Many of their two car lines were made on the same platform, and there is more sportiness now offered in the “value” brand, since Corvette is an icon, and the Camaro was resurrected.   Buick and Cadillac could have been merged into Cadillac to offer a luxury line with an “entry-level” vehicle.  Saturn could have been maintained as the experimental branch it was designed to be, because it might be very difficult to convince the public that Buick is innovative, and GMC and Hummer could have been merged into Hummer, because what would you rather say you owned – a GMC or a Hummer? Further, Chevy has a well-recognized truck line which is built on the same platform as the GMC truck line.  Many of the factories would stay open since all the models would still be produced – albeit at reduced capacity. But, as the title of this post suggests, GM capitalized on its most successful brands (Chevrolet, Buick, Cadillac and GMC) rather than vehicles, and has buried its “loss leaders.”

Now, think of what schools do if, for example, Holy Rosary and St. Bede’s schools were merged. Will the new school be called Holy Rosary Bede’s?  Although I could think of a great logo and marketing materials for the school, it’s more than likely we’ll name it something completely different – like St. Maria Faustina Kowalska – to reflect one of our newer Saints. Interestingly, kids would say they go MFK…and is that a brand we’re comfortable with creating? We’re more apt to choose a brand new name than to keep one of the names from the two or three schools which were merged and suppress the other one or two for fear of upsetting the members of the other two parishes and the alumni of their schools.  This recently has happened in the Diocese of Pittsburgh, where names of schools were offered by members of the school community, and even the students had a part in offering their opinions and rationales.  The Bishop of the Diocese of Pittsburgh recently approved the names of two of the new schools that were created last year!

From a marketing perspective, although the new name presents new and exciting challenges, the “brands” of those original schools are lost – as is the association of the name of the school with the alumni that graduated from it. Students who graduated from Holy Rosary or St. Bede’s aren’t going to recognize an annual appeal request from St. Maria Faustina Kowalska unless they’ve been kept up to date on the changes that have happened, the process that went into choosing a new name, and the events that surround the opening of the new school.  After all, it IS a brand new school (because it’s a new “brand,”) and therefore must be marketed as such (hence the name, “brand new.”)

Speaking of my hometown of Pittsburgh, PA, three public school districts – Castle Shannon, Greentree and Dormont, decided to merge a number of years ago for the same reasons that many parochial schools have merged into regional schools. It’s one of the only school districts I know which have three distinct, non-contiguous areas, and their high school sits in a completely different school district, rather than one of the three (which means the school district must pay rent for that property, but that’s another story).  Area residents were asked to submit names for the new district – and the winning suggestion was Keystone Oaks – “Key” for the door in Dormont, “Stone” for the castle in Castle Shannon, and “Oaks” for the tree in Greentree.  If such a story can be communicated with constituencies when merging Catholic schools into a new school, emphasizing its remarkable qualities and capitalizing on its achievements, a new brand can become as well-known as the previous schools’ brands and reputations were.

But be prepared to spend some dollars to build awareness. If there are no awareness-building dollars to spend, then think about keeping the name of and reinforce the strongest current brand, allowing significant time for the community to grieve and come to grips with the closure of their school.  The all-male high school I attended was merged with the neighboring all-female high school over 40 years ago, and the merged school has been in existence longer than the all-male school and the all-female high school.  The name of the school was changed to reflect the charisms of both of the patron saints of the individual institutions.  The interesting dynamic is that the classes which graduated from the original institutions have different perspectives about the “brand new” school.  The new brand retained the name of the all-female high school, allowing the alumni to continue to have a connection with the school, while the building and the “colors” of the school are that of the all-male high school.  The Christian Brothers and the Sisters of Charity, who comprised much of the faculty of the schools, have limited representation, and many alumni of the merged school still feel somewhat disenfranchised from the new school, which has a new motto, coat of arms, and mascot.

Several years ago, a new president was appointed for the school, who was an alumnus of the all-boys school, and adopted a slogan for it – “The South Hills Catholic High School.”  Quite a remarkable name, since the name of high school provides a connection to the all-girls high school, the slogan now references the all-boys high school.  I’m sure the intent was to draw in the alum to support the school’s mission.  Interestingly, with the appointment of new administrators, marketing perspectives change, and, once that happens, so do other elements, such as tuition and enrollment.  Further, those consolidations of the local elementary schools may create an even smaller pool of students that may continue on to high school, so the admissions processes need to change as well.

Speaking of elementary schools, they “anchor” parishes. In these days of parish consolidation, there have been very few instances of where parishes with schools fall victim to merger or closure. When a school closes, it sets up a parish for these potential fates, since the unspoken perception is that there are not enough children there to sustain the life of the parish. Further, when new families with young children move in to the community, they’re more likely to join a parish where the new school is housed if they are intending to send their children to Catholic school, especially if the school persists in adhering to an “in-parish/out-of-parish” differentiated tuition structure.  Keep in mind that parents with young children who intend to send their children to the Catholic elementary school will probably not be choosing to join the parish which doesn’t house the school if they’ll be charged higher tuition rates simply for belonging to the parish a few miles away.

You may be asking yourself, “So why aren’t we creating our brand anymore, as the title suggests?  After all, you just gave an example of a school that’s rebranding itself.”  It used to be that organizations hired marketing firms to come up with catchy slogans, tag lines and positioning statements.  “Jingle” writers made significant dollars by coming up with songs that became identified with a product.  It’s how Barry Manilow got his start.  Those songs made a company’s attributes “stick” in a customer’s mind.  It still works today.  Try it.  If you want to remember a phone number, put the numbers to a song that you can sing again…and again.  8675309, for instance (and now, that song is in your head).

Today, however, it’s the market that comes up with the “brand.”  It’s the experience which an organization provides to its customer that they will share through social media channels and their friend, family and workplace networks.  Here in Western Pennsylvania, Gabriel Brothers was known as a place for deep discounted clothing and other household needs.  Nobody called it Gabriel Brothers, though.  The community called it “Gabe’s.”  Recently, the stores were rebranded, and guess what’s across the front doors of the stores now.  Further, a place to get one’s morning coffee and donuts was historically called Dunkin Donuts.  Today, as more and more food items are placed on the menu, and, in the marketplace’s practice of giving businesses a shorter name, they’re now rebranding to “Dunkin.”

If you’re looking at rebranding your school, though, because of mergers and closures, you’ll certainly need to involve the parents and donors in the process.  But the one group you want to engage are the students, as they did in Pittsburgh, as well as in Allentown a number of years back when their two high schools (rivals, mind you) merged into one.  Let them have a say in the name, the mascot, and the colors of the brand new school.  After all, they’re going to be the school’s alumni, and you need the alumni to support the school if you expect it to survive into the future.